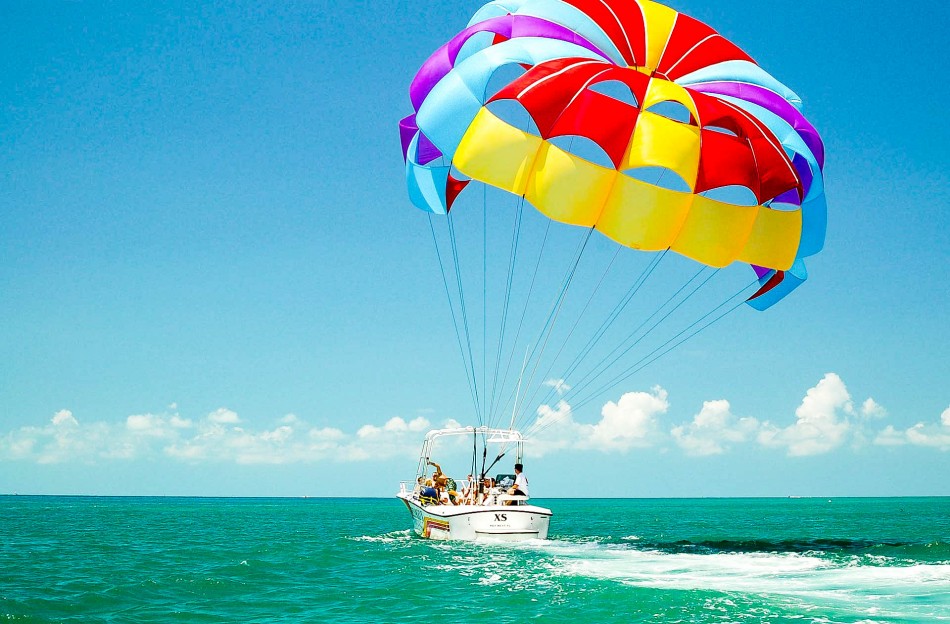 it is a recreational kiting activity where a person is towed behind a vehicle (usually a boat) while attached to a specially designed canopy wing that reminds one of a parachute, known as a parasail wing. . The harness attaches the pilot to the parasail, which is connected to the boat by the tow rope. The parasailing boat then drives off, carrying the parascender (or wing) and person into the air. If the boat is powerful enough, two or three people can parasail behind it at the same time. The parascender has little or no control over the parachute. The activity is primarily a fun ride.

There are commercial parasailing operations all over the world.  The sport was developed in the early 80’s and has been very popular ever since. The first international competitions were held in the mid 80’s and continue to this day.

Some terminology that should be considered and explained :

Both the parachute and parasail can ascend and glide. The primary difference between the two is that the parasail is more stable and efficient during the ascent mode when being towed aloft with minimum or zero steering control by the parasailor. The parachute is not efficient when towed and is primarily used for skydiving where the parachutist can fully control the direction. In the descent mode, both are designed to slow the fall of a person during said descent at any given altitude. 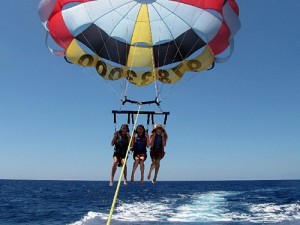 The parachute/kite part is normally brightly colored to match to beach area in which it is used. Some people have kites with colors matching their favorite sports team. Many parasail canopies that are designed for commercial use offering rides to tourists on vacation are bright in color and have designs ranging from flags, logos, smiley faces, and multiple color patterns. 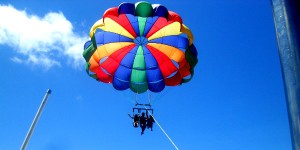 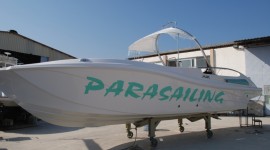 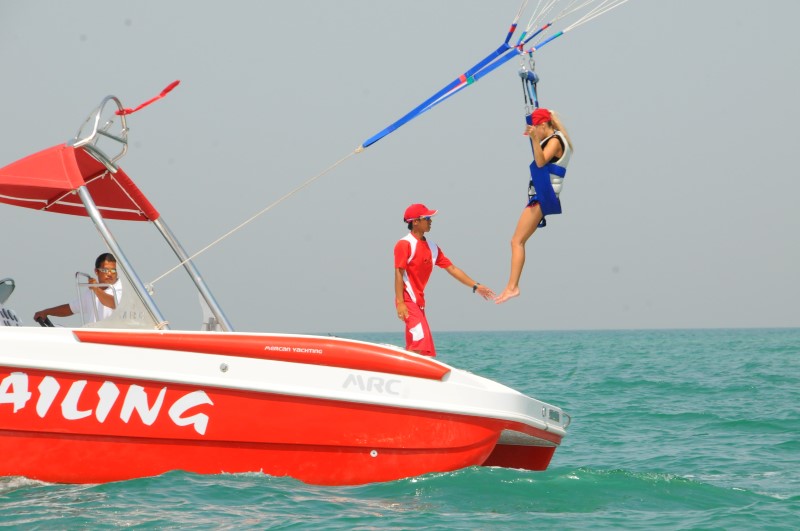 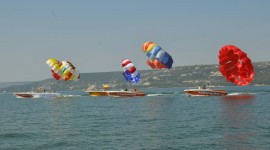 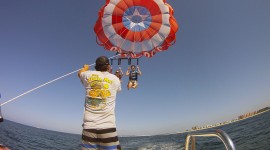 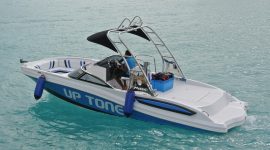